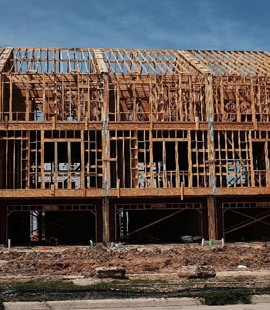 Since 2009, when the number of new authorized housing units dipped to 583,000, they have ticked up every year since, and are now around 1.2 million annually. The National Association of Home Builders/Wells Fargo Housing Market Index has also increased every year since then, almost returning to the levels found in the late-1990s boom years.

But one element of the housing industry has not returned: the workers. And this appears to have increased construction costs, becoming one of the under-reported factors behind America's rising home sale prices. This problem began surfacing in 2012, as construction activity picked up and the unemployment rate dropped. The shortages have harmed builders' abilities to both form their own workforces, and hire subcontractors, such as bricklayers and electricians. The net result, according to the 2016 survey, is that 75% of builders say they've had to pay higher wages and bids, 64% have delayed projects, and 68% have raised home prices.

You have no items in your shopping cart.

You have no items to compare.